Nelson Mandela started a seventeen-day foreign visit on 27 February, 1990, his first since 1962. Subsequent to his release from prison on 11 February 1990, after 27 years in jail, he had been following a gruelling schedule of rallies, meetings and interviews. His first foreign destination was the headquarters of the African National Congress (ANC) in Lusaka, Zambia, where he met with the exiled ANC Executive Committee, leaders of the Frontline states, and Commonwealth representatives. He was greeted with the ceremony normally reserved for heads of state. During his visit, on 1 March, Mandela rejected a suggestion from Zambia's President Kenneth Kaunda that the ANC should suspend its armed struggle in order to encourage further reforms on the part of the Pretoria government. Mandela said: "It is quite clear that the Government is not yet prepared to meet us and you can't expect us, therefore, to make any concessions to the Government.'' 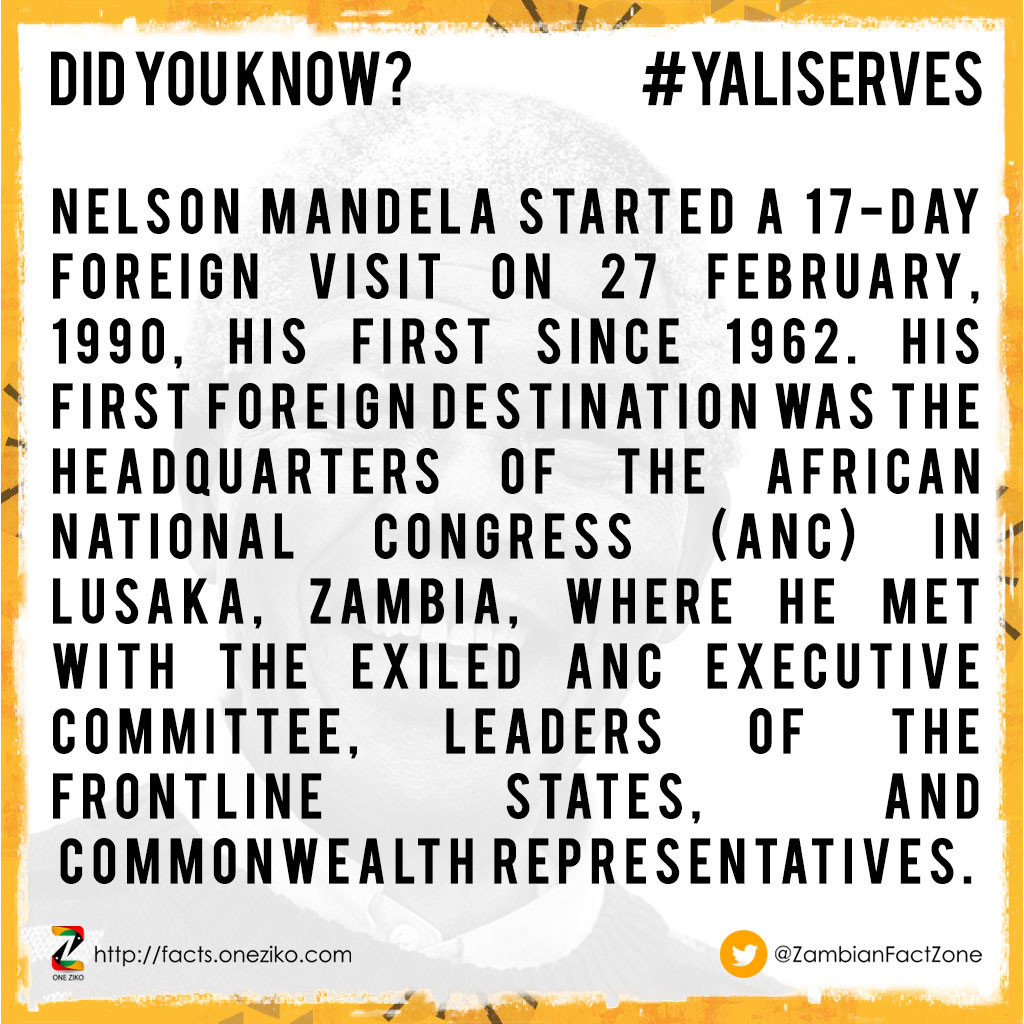