He probably won more awards than anyone in history. In addition to the 1993 Nobel Peace Prize, Mandela has received more than 260 awards, including honorary degrees from more than 50 universities worldwide. In 2001, he became the first living person to be made an honorary Canadian citizen, and he was the last person to receive the Lenin Peace Prize from the Soviet Union. 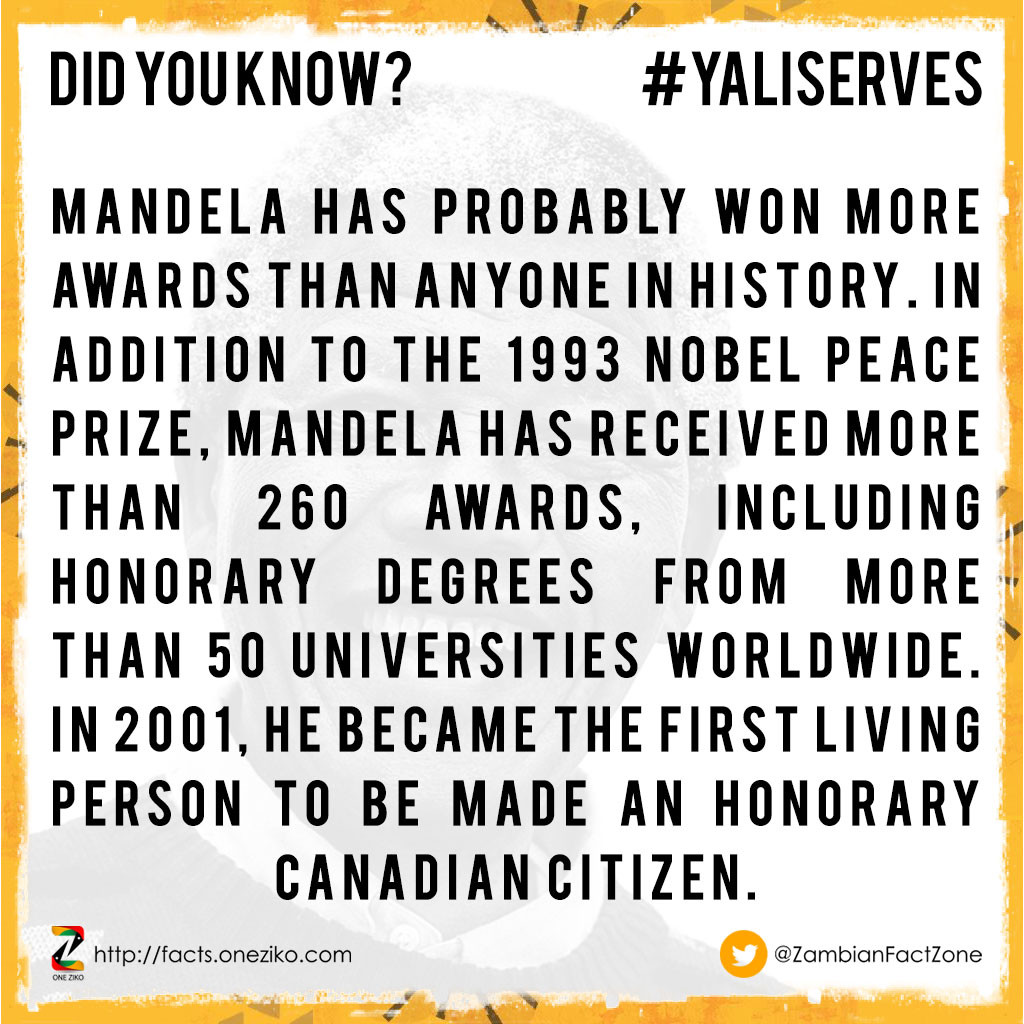 122 ViewsThe Bulldozer and the binoculars sit to strategise their political move just like they did 10 years ago. They were both MMD but later joined PF. Would they be scheming to make another move to the ruling party UPND or another party? Raphael N...