He used sports to bring the racially divided country together. Mandela saw national reconciliation as one of the most important tasks of his presidency. As covered in Invictus, one key moment came when South Africa hosted the 1995 Rugby World Cup. While black South Africans despised the national rugby team, Springboks, Mandela encouraged them to support the team. When they faced New Zealand in the final, Mandela appeared in a Springboks jersey with captain Francois Pienaar’s number on the back and the mostly white crowd erupted in cheers. After the team’s win, Pienaar was asked what it was like to have “62,000 fans supporting you here in the stadium.” He answered, “We didn’t have 62,000 fans behind us. We had 43 million South Africans.” 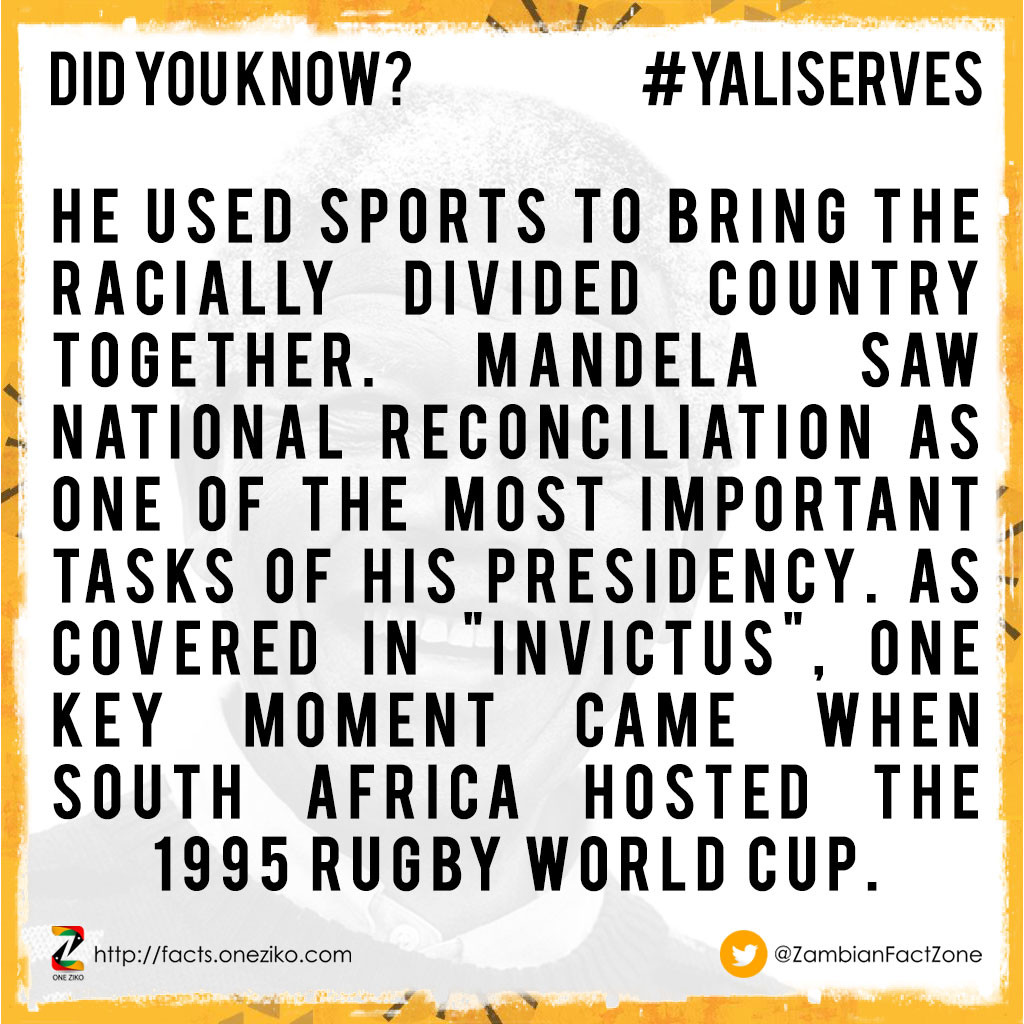 By NDINAWE SIMPELWE-GREEN Buffaloes women's football club has secured a place at the CAF Women Champions League to be staged in Morocco later this year.And Buffaloes coach Charles Haalubono wants the team to go ahead and win the COSAFA Champions Leag...